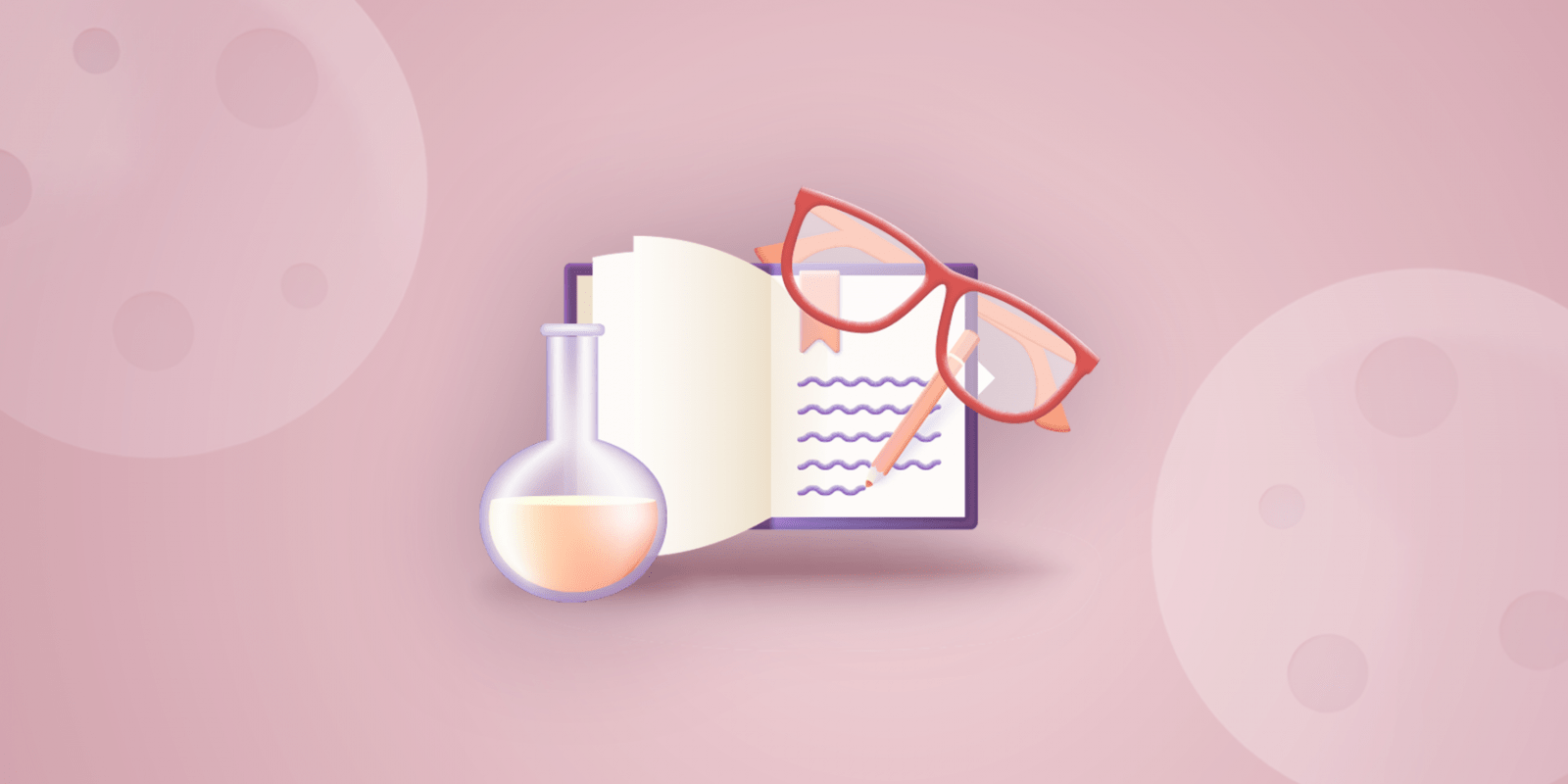 It has been three years since Google first announced the depreciation of third-party cookies and began the development of the Google Privacy Sandbox, but the deadline has once again been pushed back, this time to 2024. The reason? “The need for more time to evaluate and test the new technologies.” Despite positive developments, RTB House’s own tests of the FLEDGE proposal, with nearly 8 million ads in 50 countries, have shown that there is still plenty of work to be done to build effective cookieless alternatives.

In order to understand what is working and what is causing bottlenecks, an RTB House team – comprising Mateusz Rumiński, Przemysław Iwańczak, and Łukasz Włodarczyk – has prepared a whitepaper detailing our findings from these early FLEDGE trials and where we go from here.

Published in the SSRN database, this whitepaper is now available for you to read, and this article will provide a brief summary of our findings.

What does the whitepaper say?

The article begins by putting the decision to depreciate third-party tracking cookies in context. It explains that Google launched the Privacy Sandbox to find a way to balance the rising demands for user privacy, with the benefits of personalized advertising. It also details how FLEDGE was developed to satisfy remarketing and custom audience use-cases, without the need for cross-site tracking, and the attempts to engage the wider industry in these efforts.

The whitepaper then provides a detailed breakdown of the first FLEDGE origin trial specification in January and the subsequent changes over the course of 2022. It also explains the methodology RTB House used, including testing workflows designed to account for the reluctance of supply-side platforms (SSPs) to directly engage with the Google Privacy Sandbox. This includes the FLEDGE-over-rtb integration, which enabled early-adopters to experiment with FLEDGE ad auctions without adopting a fully cookieless approach.

The report also notes that it focused on the retargeting use-case and provides an explanation about how FLEDGE interest groups work on a technical level using JavaScript, highlighting that the function has been successfully executed on over 2,700 advertiser websites. It additionally highlights how FLEDGE can also be used for contextual targeting, providing additional routes for advertisers.

Finally, it details how FLEDGE on-device auctions work. Including, how the solution enables sellers to run component auctions, which invite bids. It notes how both the sell side and buy side could receive real-time feedback from trusted servers, providing information that would be helpful for submitting an accurate bid. One example given is how to leverage metadata on potential ad-creative candidates. This section also details how RTB House overcame the challenges of limited SSP participation.

The report highlights the limited scale of the trial, noting that the pool of users was limited to 50% of beta Chrome users, and 1% of stable users in August, drawn from users who had third-party cookies enabled. This sudden influx of users means that other results saw significant increases during the August period.

The results also noted that there seemed to be very limited industry participation in the FLEDGE trials, with only three companies found to be adding users to interest groups: Google, Criteo, and RTB House.

Importantly, the report highlights the low engagement on the SSP side, but highlights one positive: that many publishers contacted were willing to participate in the experiment. Out of the 38 contacted publishers, 17 were able to successfully integrate codes that enabled them to experiment, with almost instant increases in the number of FLEDGE impressions after the influx of users in August.

Find out what our partners thought of the testing

Low engagement on the supply side remains a major challenge

The report consistently demonstrates the difficulty of engaging SSPs. Of the contacted SSPs, only two were willing to engage with the trials, but neither of them allowed for testing out the complete programmatic integration. Those that declined cited one of a number of points, including:

Furthermore, the writers suggest that supporting cross-site audience use cases might incentivize more SSPs to engage positively in the FLEDGE testing.

The report also highlights that publishers are often unaware of the trials and required technical education from RTB house in order to participate in the FLEDGE testing. The publishers say that this is because they have not been provided with comprehensive information about how to participate in the trials, which makes it difficult for them to design test scenarios that don’t impact their current revenue streams. Interestingly, it also mentions that it is difficult for publishers to compare the usability and effectiveness of FLEDGE, as buying decision logic is mainly hosted on the Demand-Side Platform (DSP) or advertiser side.

The report closes by highlighting that, while positive, the FLEDGE origin trials were limited in scope and just the first step in a long journey. It notes that a number of essential features of FLEDGE, specifically k-anonymity requirements, have never been tested in the wild, and will require adjustments after industry feedback.

Additionally, the whitepaper once again highlights that positive engagement from the advertising industry is still relatively low, despite a number of regular events designed to encourage it. Likewise, it notes concerns that another delay in the cookie withdrawal simply kicks the can down the road, and does not provide any incentive for the advertising industry to engage with the Google Privacy sandbox.

This isn’t to say that Google isn’t trying. The Google team has been actively working to involve the advertising industry in the FLEDGE trials. Despite the limited initial engagement, the Google team is confident that more companies will follow RTB House’s lead.

We’re encouraged by early integration testing from companies like RTB House and by the enthusiasm from publishers to move their inventory to a privacy-preserving supply chain. As we ramp tester integrations and origin trial sizes, we look forward to continued industry input this year on the functionality of the APIs and next year on performance. Our new timeline accommodates for this phased approach and provides time to make adjustments to improve the privacy and effectiveness of the APIs based on the results from testing. – Joey Trotz, Product Director Privacy Sandbox, Google Chrome

The paper does propose two ways that Google could encourage engagement. It could provide a positive incentive, by offering, in a privacy-preserving way, additional data points to the ecosystem that was previously only available to the browser. Or it could act to decisively limit the capacity of alternative privacy-intrusive tracking mechanisms like fingerprinting, as a strong negative incentive.

Additionally, the whitepaper notes that regulatory bodies remain a big unknown. Specifically, it highlights that many authorities are increasingly eager to regulate the digital space. This is an impossible factor for the Google team to account for and could lead to further delays.

On a positive note, the report highlights that from a technical standpoint, the next steps are clear. There need to be better integrations between the buy and supply side of the ecosystem, including multi-SSP auction use cases and prebid-based implementations.

So far we are pleased with the progress of testing – especially since we have already noticed the improved effectiveness of our on-device deep learning algorithms. We see that edge computing can be a silver bullet to solve the privacy vs utility dilemma. – Łukasz Włodarczyk, VP of Programmatic Ecosystem Growth & Innovation, RTB House

It also notes that the tech stacks on both sides of the ecosystem need to be adjusted, sooner rather than later. RTB House has been working on this for almost three years, including by adjusting our Deep Learning algorithms.

Finally, the writers note that there need to be better data analytics tools made available, to give advertisers comparable measurement tools to legacy solutions. However, this cannot be done until all the key FLEDGE elements are enabled for testing and enough Chrome users are FLEDGE enabled.

The first step into the future of advertising

This whitepaper provides the first deep insight into the true state of the Google Sandbox, and the development of FLEDGE proposals. You can read it here, or reach out to us today to discuss how we can help your company prepare for the cookieless future. You can also read our previous whitepaper, “The Future of Frequency Capping in Privacy-Centric Digital Advertising” here. 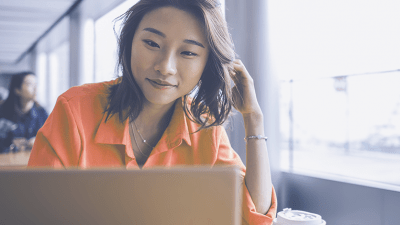 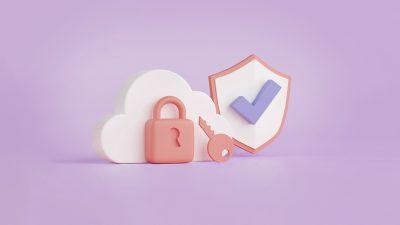 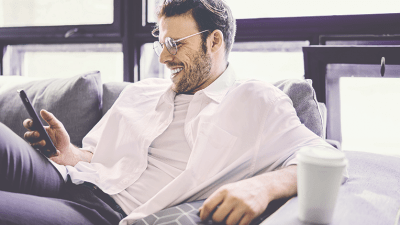 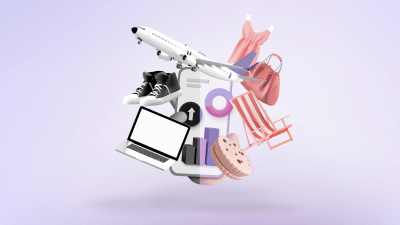 Grow Your Brand in the Open Internet without Cookies

October 4, 2022
Into the future of online ads?
Subscribe to receive email notifications about our latest blog posts
We share your passion for MarTech
Reach out to us if you have any inquiries about our blog posts or range of services. We'll get back to you promptly.
Contact Us
Trusted by some of the world's well-known companies
Social connect:
or