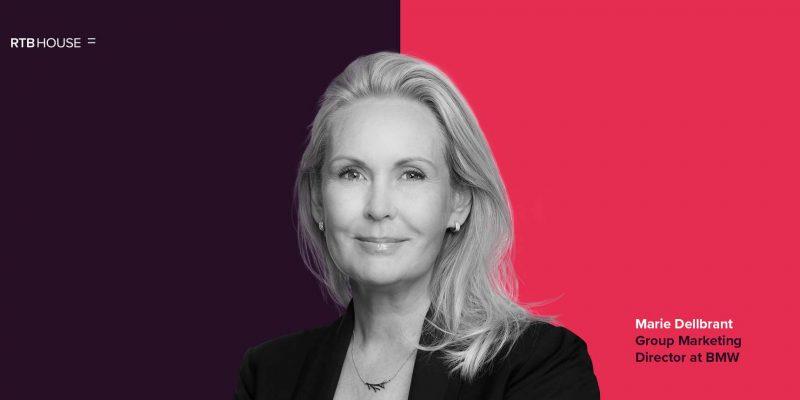 A globally-recognized brand like BMW is hugely valuable, yet the company still has to sell product to survive. Group Marketing Director Marie Dellbrant reveals how she balances these twin demands and manages creatives on either side.

As brand director for Scandinavia and the Baltic states, Dellbrant oversees both types of campaigns, managing various creative teams to deliver distinct ambitions. She sees a clear division between the short-term, tactical or ‘performance’ teams, who are motivated by results and sales targets, and the longer-term branding creatives who create awareness to support brand equity and strengthen the brand long term rather than by selling cars tomorrow.

“We divide our budget equally between these two kinds of marketing,” says Dellbrant. “We have a policy that neither side can take resources from the other.” She assesses creative teams carefully, to ensure a suitable fit: “When we discuss long-term campaigns, we’re asking what groups of customers do we want to attract in three years’ time? It’s about making an impression, raising awareness, thinking about where we want the brand to be. 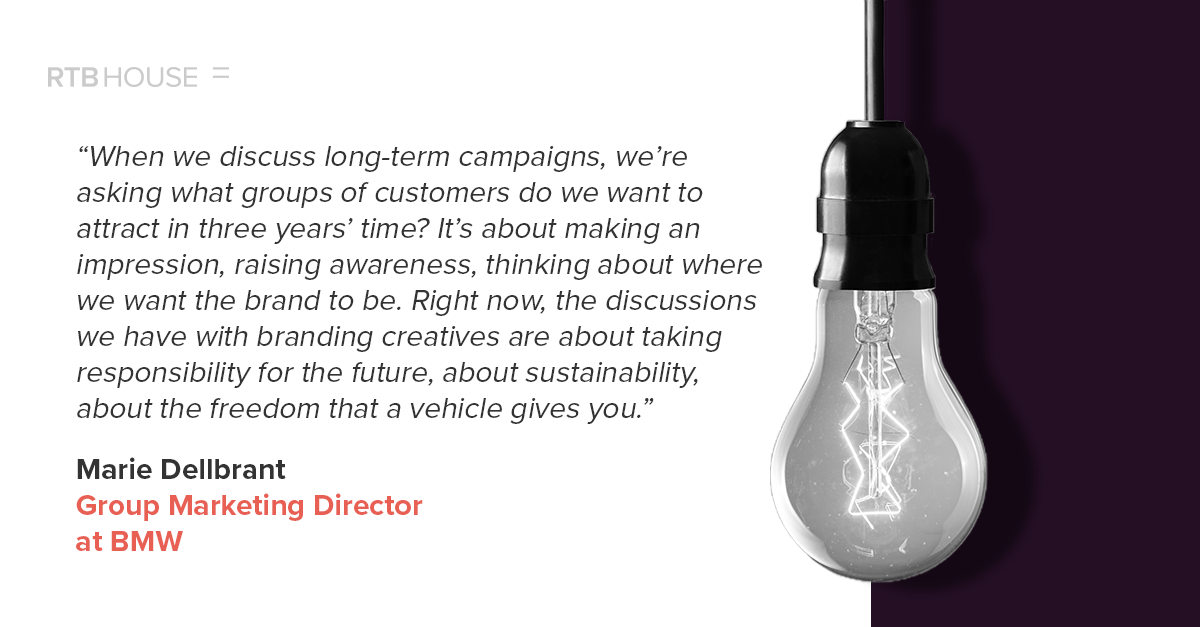 “Right now, the discussions we have with branding creatives are about taking responsibility for the future, about sustainability, about the freedom that a vehicle gives you. So our campaigns are moving away from the super-sporty ‘M series’ image, which was really effective for us, and focusing more on softer values. For many people in the Nordic region, sustainability is how you communicate your image,” says Dellbrant. In Norway, more than 90% of BMW’s sales are partly or fully electric vehicles. “A car like the i3 is very well perceived in our market. It shows that you take responsibility for the environment.”

Of its rivals, Dellbrant applauds Swedish automaker Volvo for its branding campaigns: “They use a lot of emotion,” she notes. “You recognize a connection with family, with relationships, with security and sustainability. They may not produce more electric cars than we do, but they talk a lot about it.”

A sense of urgency

In contrast to branding teams, BMW creatives working on performance campaigns are driven by metrics such as what cars are in stock? What is selling really fast at the moment? They identify prospects who have thought about buying, and persuade them that now is the ideal time. They work on seasonal or sectoral campaigns such as private leasing; they devise compelling calls to action and instil a sense of urgency.

“We set an annual budget for performance marketing,” explains Dellbrant. “We know what we need to sell in each Nordic country. So then our creatives talk to sales teams and dealers, and we invest in specific performance campaigns. For example, we’ll target company car drivers in mid-sized businesses. We know that the CEO or the CFO will decide what sort of car they want to drive, so we provide information on new technology and electrical charging systems. Then we’ll follow up with telemarketing.”

It’s straightforward to monitor these campaigns’ effectiveness: “We can see if we’ve sold cars to the target customers,” says Dellbrant. “The dealers collect this information and then use it to inform the next year’s campaign.”

Both performance and branding campaigns must be wary of pitfalls. Branding teams are sometimes ‘over-creative’, as Dellbrant puts it, rather than focusing on results. “It might be more fun for them to work on a campaign where they win awards, where their agency gets to be famous, or an individual gets a big reputation,” she says.

“But sometimes we have to force ourselves and our agencies to think about why we’re doing a campaign, about whether we’re getting results. A lot of the time it’s about simplicity, rather than about winning awards. Of course, we’re all marketeers, we all like to work with strong brands, because it’s a passion we have. But we also have to be practical, to use data and insights, and remember that in the end we’re working to deliver results.”

Founded in 1916, BMW is one of the world’s best-established premium brands, revered internationally as a byword for quality, engineering excellence and high-end service. This image, nurtured over generations, is BMW Group’s greatest asset and absorbs much of its marketing energies. A recent European campaign called ‘Our Brands. Our Stories’ presented BMW owners and the quirky histories of their classic vehicles. It won the German Design Award in 2020 and gathered more than 10 million views on YouTube. Did it sell any new cars? That’s not the point.

In its performance campaigns meanwhile, BMW has to remain vigilant that it protects this premium reputation. “We can’t compete on price,” states Dellbrant. “We’ll never win on that. Sometimes we have to have hard conversations with our teams. They can always discount prices, but what happens to the brand in the future?”

At a recent conference, BMW Global Head of Digital Marketing Jörg Poggenpohl described how new content around lifestyle, design, innovation and fashion will “enlarge the upper sales funnel”, reaching both existing and prospective customers based on data-driven insights. This kind of digital technology-based marketing is central to BMW’s future, said Poggenpohl.

As a premium automotive brand, BMW has a vast marketing budget. In 2021 it announced an investment of ‘hundreds of millions’ of dollars to digitize its operations, to increase electric vehicle sales by 50% and to target individual customers with precise, personal messaging, while enhancing its overall brand identity.

For Dellbrant, while the performance/branding dichotomy still dominates the campaign landscape, social media is starting to form a powerful third marketing front. “Everything we do appears on social media in some form,” she says. “It’s a kind of crossover, where newsletters, videos, images raise people’s curiosity and drive traffic to our website. It’s a very effective way to spread awareness.”

“We know we’re not the only brand of car available!” adds Dellbrant. 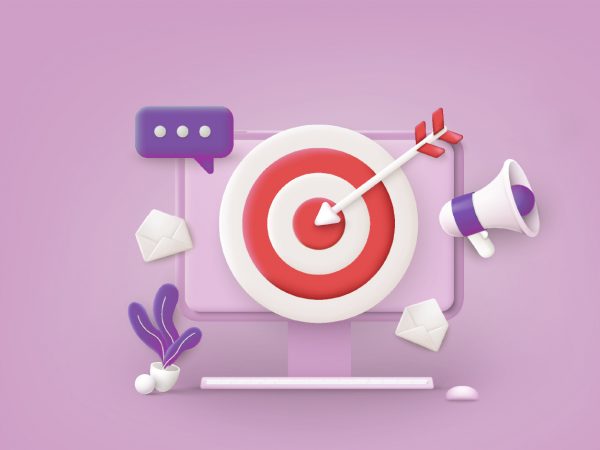 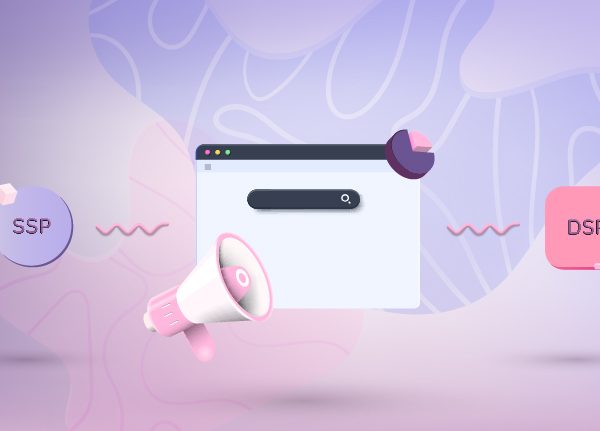 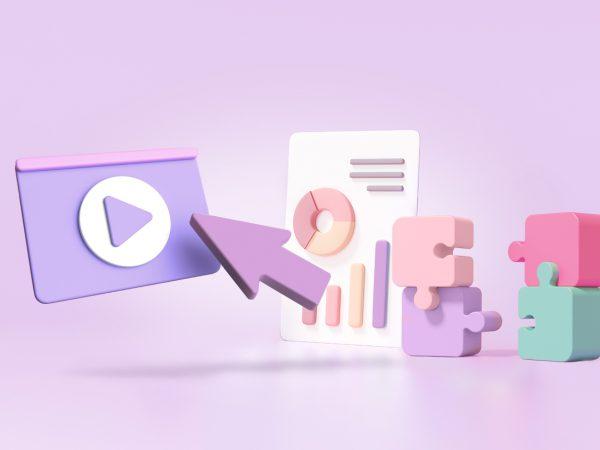 How to Build a Video Marketing Strategy