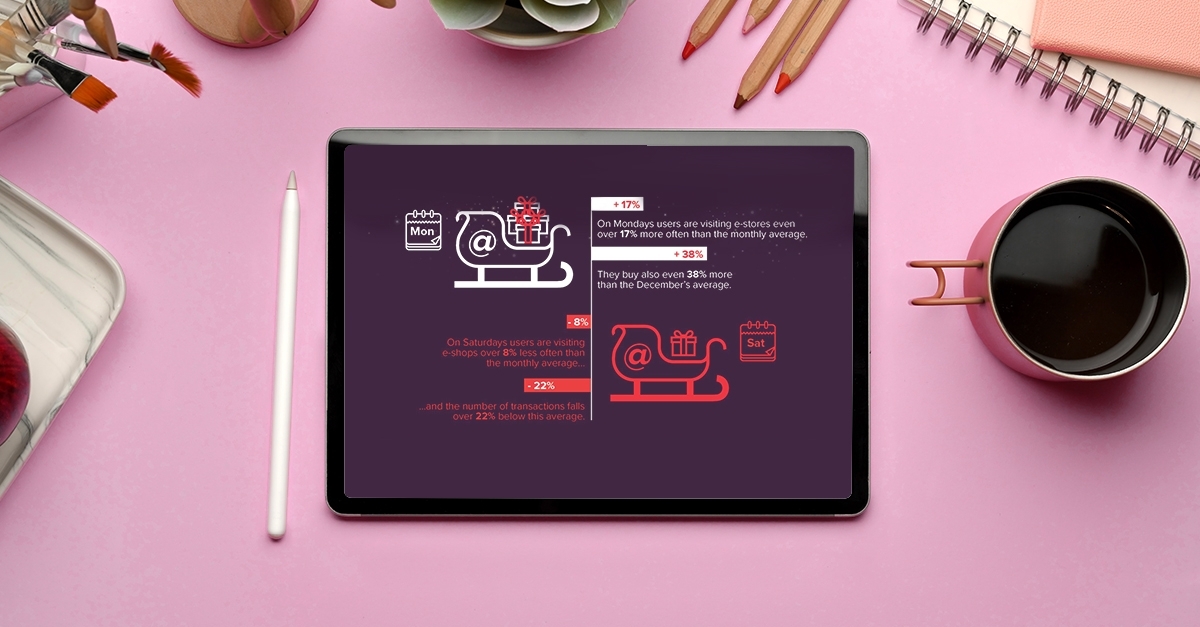 RTB House, a global company providing state-of-the-art retargeting technology based on deep learning for top advertisers, researched internet user behavior in December, during one of the hottest shopping periods for the e-commerce industry. This analysis was carried out with aggregate data from over 40 markets across Europe, Latin America, Asia and Pacific, Middle East and Africa.
Users in December are most likely to visit online shops and close transactions during business days. Mondays are particularly popular, with users visiting e-stores 17% more often than the monthly average. On Mondays, they also buy 38% more than the December’s average.
Saturdays are the least ecommerce-friendly. The number of visitors in e-shops becomes 8% lower than the average for the entire month, and the number of transactions falls over 22% below this average.
In the second half of December, roughly one week before Christmas, the frequency of visits in e-shops and e-shopping steadily decreases and reaches the lowest level on Christmas Eve. On this day, users visit stores 28% less than the average in December. The number of transactions is also lower than the average for this month by almost 41%.

Although not many people are visiting online stores during Christmas, they are more likely to click on ads. On December 25 and 26, internet users are eager to click on banners almost 11% and 10%, respectively, more than the December’s average. The number of clicks on ads, as well as the visits in the e-stores, and the number of transactions begins to rise incrementally after the holidays.
Although there is a relatively high number of people entering the e-shops websites during the holiday season, growth in CTR – a metric showing how much users are willing to click on an ad – clearly shows that consumers are looking for specific offers. This is most likely related to the beginning of the holiday sales period, which are another December’s shopping season. Therefore it is worth to plan advertising expenses according to shopping trends of Internet users. The more personalized the message is, the more likely it is to attract potential customers. In this case, retargeting and artificial intelligence based on deep learning are important, because together they can match the right offer to the right person. If advertisers want a campaign supporting upcoming sales, they must remember the potential of personalized retargeting.
—
*Aggregated data from December 2016. 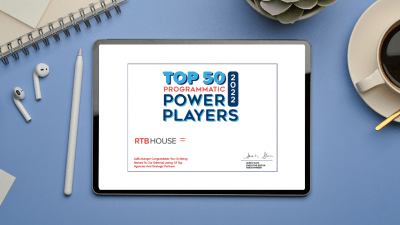 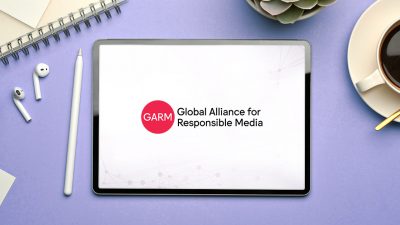 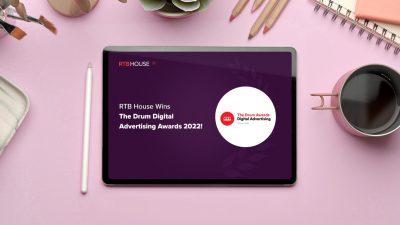 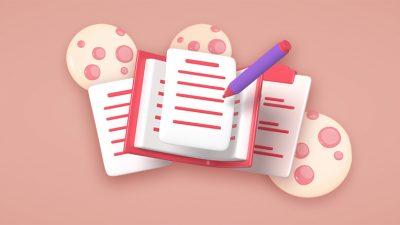