The process of advertising inventory buying has significantly evolved over the course of recent years. Another (r)evolution is right around the corner and it’s because of the deprecation of 3rd-party cookies.

The origins of advertising inventory buying

At the very beginning, there was a limited number of entities on each side of the media buying process. On the demand side, there was an advertiser or agency representing the advertiser’s brand. They were looking for available space on particular websites to display their ads. The process was very manual: the advertiser or agency representative tried to find the website owner (known as “publisher”) and approach them to make arrangements. As it was managed directly – the scale was quite limited due to limited time and resources. However, this is the time when the term “inventory” came into use as the alternative name for dedicated ad space. Originally, inventory was traded on the basis of purchased impressions, thousands of them to be precise, otherwise known as CPM (cost per mille). To this day, it is the most popular settlement model.

This model was very inefficient because of the amount of manual work it required. As a result, publishers were left with plenty of unsold inventory.

Luckily for them, the solution was developed quite quickly – the advertising industry introduced an aggregator, a go-between capable of managing inventory, with the simple role of effectively selling it. It was called an Ad Network, which started to act like a broker. From that point, inventory was sold in packages, making targeting possible (compared to today’s opportunities – on a very basic level).

Unfortunately, the number of ad network service providers on the market has become so great that inefficiencies have reappeared. They operated on different models of trading inventory, requiring both publishers and advertisers to talk to each Ad Network independently. Another risk was inventory duplication – very often the same ad space was being bought through different ad networks. Change was needed.

This is when ad exchanges started to appear. They introduced a unique opportunity to target specific audiences, rather than buying inventory in packages. The advertiser could then display ads to specific users who visited the publisher’s website. They also allowed for retargeting – displaying ads to users who had previously visited the advertiser’s website but hadn’t decided to make a purchase. Ad exchanges significantly expanded targeting possibilities, allowing ads to be displayed at the right time to the right Internet user.

That said, buying inventory in packages from Ad Networks is still possible – and still efficient for some use cases.

Introducing go-betweens was not enough. Due to the quickly increasing scale, there was a need for better automation on the advertiser/agency side. In order to provide it, agencies developed Agency Trading Desks or started using DSPs (Demand Side Platforms) – which advanced targeting to a whole new level – to leverage state-of-the-art technologies. On the other hand, publishers needed entities specialized in selling inventory through different channels, and so they started using SSPs (Supply Side Platforms).

This new environment is very complex. It is also very difficult to determine the actual market benchmarks for the pricing of inventory, as each entity along the way takes its margin for the promise of the best results. Measuring CPMs on the publisher side would give far lower values than on the advertiser/agency side. Because of that, the choice of partners is still the most important decision both for advertisers and publishers. Two different entities can deliver completely discrepant results for the same task, depending on the technologies they use. In some cases, single entities try to fill multiple roles benefiting from the synergy effect. This is especially popular for SSPs/Ad Exchanges. Unfortunately, there is no silver bullet for each use case.

Within different ways of buying, there is still some space for diversity. Despite the intensive development of technologies and various automated alternatives, direct purchasing paths have not been fully eliminated. In many markets, they are still essential for the cooperation between advertisers or agencies and publishers. Interestingly, the special popularity of direct paths is visible in big contracts between brands and agencies with relatively simple forms of cooperation. Direct arrangements are also popular for non-standard inventory. It can include placements of a “premium” quality (measured in such metrics as viewability) or non-standard ad formats and others. It should be noted that a crucial element of the daily work of every publisher and the people involved in the monetization of its ad space is to identify and optimize towards the most profitable strategy – hence there can be many reasons to continue using direct paths.

On the demand side, apart from quality or non-standard formats, direct deals can also result in cheaper overall emission costs, as the go-betweens are omitted. Unfortunately, so are their benefits, therefore this approach is not always the best.

There are just as many cooperation models as there are reasons to trade directly with publishers. There are the so-called “flat” models, which provide access to inventory for a specific, pre-defined price. There are also the “waterfall” models – where each non-purchased impression is offered one floor lower to the next entity (here, the agreed buyer’s priority is critical). However, the most popular direct model in today’s media purchase is Header Bidding, which gives everyone the same priority.

When tackling the question of what is programmatic advertising, we also distinguish between different ways of optimizing the inventory purchase, or – looking from the perspective of the publisher – the monetization of the advertising space. To analyze this, let’s focus on Ad Exchanges, as they are the most relevant here. This world is divided between Open Marketplace (OMP) and Private Marketplace (PMP). OMP is the part where the main factor determining the winner of the auction is the price. Sometimes the speed of the response to the auction inquiry, the bid, is also important. While PMP, the so-called “private” part, is dedicated to specific contracts between buyers and sellers. There are many different forms of cooperation, depending on the technology used – it’s typically dependent on the capabilities of a particular SSP. The largest Ad Exchange in the world, owned by Google, offers a variety of possibilities in the PMP area. These are Private Auctions, Preferred Deals, and other types of deals, such as Programmatic Guaranteed (obligatory budget commitment).

To sum up this part, it is important to remember that in programmatic marketing, different vendors use different logic and terminology when it comes to programmatic advertising. It’s crucial to understand it all in order to make the best possible buying decisions based on the most efficient buying strategy.

You may ask – why is it important to understand the difference between these programmatic marketing paths? Why is the diversification of buying methods and their levels necessary? Can’t we all just use the open market?

Going back to the previously described development in automatic media buying, it is worth paying attention to the number of engaged entities. Technology companies offer various cooperation models with different profitability – and so different costs. These are not charitable institutions but thriving machines, behind which are years of technology development and thousands of people. In other words – they need to earn money.

Publishers offer advertising space using many different models to manage their inventory wisely and effectively. For this reason, to cover all the possible paths of purchase, advertisers need to carefully select their programmatic marketing partners to make sure they have the access to every page view through every existing way. Only then can they claim to offer the best targeting capabilities.

Buying inventory in a cookieless future – what’s the problem

There are many doubts in how purchasing inventory through the OMP will work within the Privacy Sandbox environment, the initiative preparing Google Chrome for a cookieless future. In this space, there is a whole new level of complexity when it comes to the supply-side of the programmatic ecosystem. Privacy Sandbox introduces a completely new type of ad request – “interest group” ad request. The standard programmatic open market ad request that we know today will still exist, but the major difference will be that it won’t include the user’s cookie. In other words, this ad request will allow for showing contextually-targeted ads. What’s so complex about this new scenario? In theory, the number of bids for each auction will be double what it is today. Moreover, the ultimate auction decision mechanism will have to be executed in the user’s browser, on the device. How will it impact browser performance? Will it make internet browsing a dreadful experience for users?

One solution to this problem would be to limit each ad placement to a single SSP. However, such a situation would only benefit a handful of members of the ecosystem – the most powerful ones. Competition among SSPs is important for all other members of the ecosystem. There are many levels on which SSPs can compete – these may include offered functionalities, a width of access to the advertising space, the amount of unique inventory, flexible settlement methods or the price for the inventory itself. Because of that, many brands, typically through specialized DSPs, need to leverage different SSPs to make the most out of their advertising budgets. Having many SSPs integrated benefits publishers, as it broadens their access to the buy-side of the ecosystem, and thus allows them to better monetize the available inventory.

The consensus of the ecosystem is that multi-SSP connection should be preserved, but the way of integration has not yet been decided. One option is that the majority of the burden will be on the publisher, whose script will run a single ad auction out of all the bids from all the SSPs. This auction could be run on the publisher’s server and remove some of the performance issues from the browser. The second option is that the publisher will be able to choose from the results of separate ad auction scripts for each of the SSPs. This requires more computation to be done within the browser but puts less burden on the publisher.

What’s important here is that even though cookies have virtually no direct impact on how the advertising inventory is traded, there is an inevitable indirect effect that needs to be understood. One opportunity of improving this understanding will be the upcoming Origin Trials of the Privacy Sandbox set to begin in Q1 2022. We are looking forward to seeing the Chrome team publishing the specifications for these trials.

Good to know: Where will ads be shown in the cookieless world? 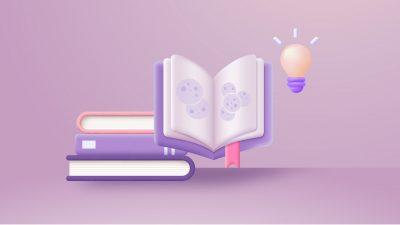 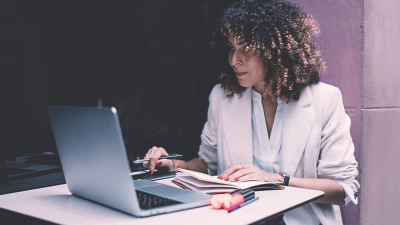 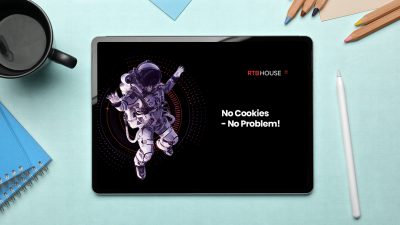 How can you connect with customers in the cookieless future? 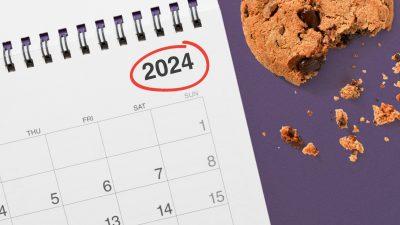 August 11, 2022
Into the future of online ads?
Subscribe to receive email notifications about our latest blog posts
We share your passion for MarTech
Reach out to us if you have any inquiries about our blog posts or range of services. We'll get back to you promptly.
Contact Us
Trusted by some of the world's well-known companies
Social connect:
or